Walter, a beekeeper at Borgo4case family

Do you know anything about bees? Do you know how honey comes from? I learnt a lot of nice things about bees by following Walter during his work. In this new post I’ll tell you more about bees and the beekeeper’s life. Let’s go!

“Apicoltura Massagli Walter” is a little firm in Lucca producing honey. Walter, the owner, is a young architect who decided to dedicate his life taking care of bees. He studied in Florence many years, and instead of choosing an excellent carreer as architect, Walter decided to change his destiny and followed his dream: working in the nature as beekeeper. He bought his first hive some days before his graduation at Florence University. He already was working in an estimate architecture studio in Lucca as designer and renderer, but he did’nt love this way of life.

Today, after 6 years of experiences, Walter owns fifty hives and he produces a very pure honey, and many different products of the beehive: pollen, propolis and wax. 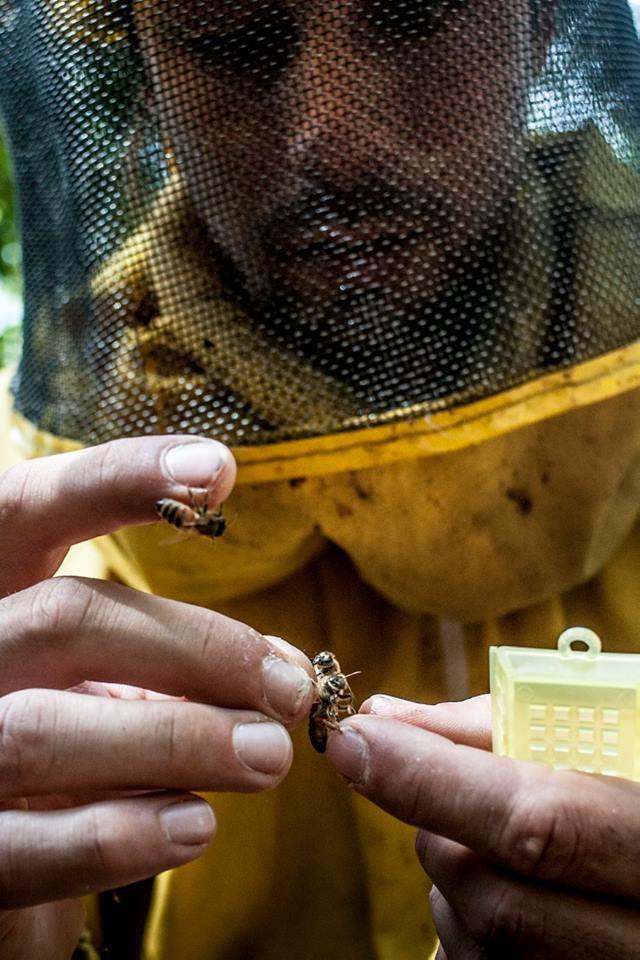 The hives of Walter are sited in San Macario in Monte, Lucca. The spring is by me the most fascinating moment of the year for the beekeeping. The great blooming offers a lot of pollen to bees. Walter takes out only a little part of it, respecting bees. Pollen is the proteic nutrition for bees, it’s really important, they have it always available to feed bee larvae. Walter, every second day, goes at the apiary early in the morning to take the pollen and immediatly go to laboratory to freez it. You have to know that to save all the properties of the pollen it must be absolutely fresh. Walter suggests to eat pollen in the morning mixed with yogurt, really indicated for people who need a lot of energy during the day. 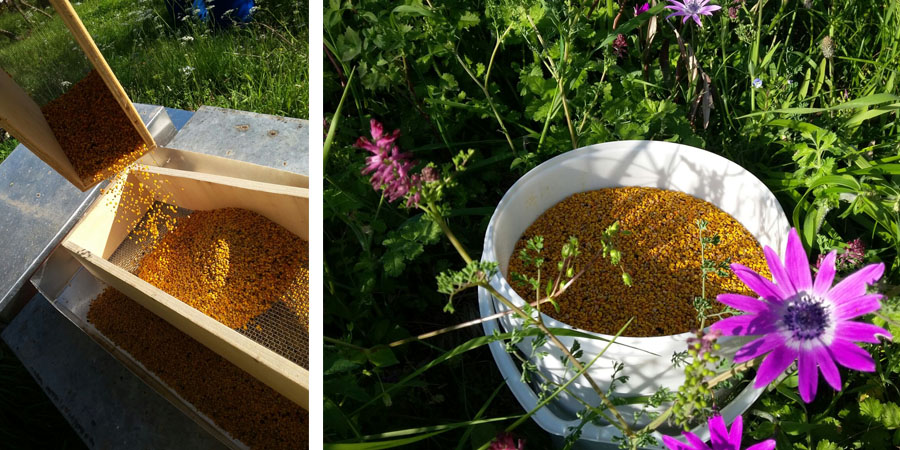 In summer at 8.00 a.m. Walter is already at the apiary: actually it’s important to start working very early because because the safety wear of the beekeeper is very thick, not adapted for hot hours. Every hive carries around 50.000 bees and all of them are very well and they are working to stock flowers nectar. Walter usually is waiting for the full honeycomb before deciding to take them out and bring them at the workroom to extract this sweet fluid gold. 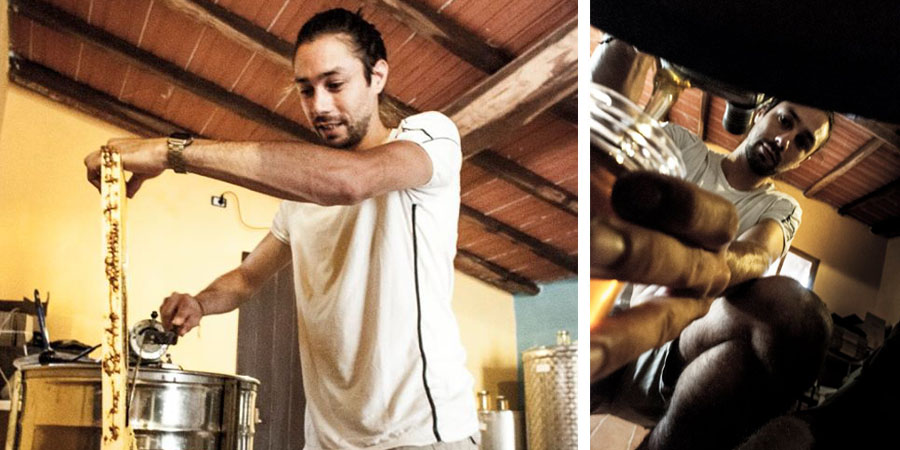 Walter works immediatly the honeycomb to avoid ant’s raid. He removes the cover from the honeycombs with a long knife and put the frames in a centrifugator to extract honey. The process is quick for acacia and chestnut honey but it’s longer for mixed flowers, sunflower and ivy flowers honey that are more dense. From the centrifugator the honey goes inside big steel silos.

After a couple of weeks he goes back to the laboratory to put the honey inside the jars: this is the moment of the tasting! local cheese and bread and the honey are served: it’s a feast.

In San Macario in Monte, Walter produces acacia honey in spring and mixed flower honey in late summer. During the summer Walter uses to move his 6 best families to other places making the bees catch different nectars. In Vetriano there is an historical tradition of growing chestnut wich is shown in a local musem. Around there the mountains are totally covered by chestnut trees with a real magnificen parfumed blooming.

The six families moved to Garfagnana are now moved again to the Lake of Massaciuccoli, where they will find lots of acres of beautiful sunflowers full of nectar.

When the season is really good Walter produces a very rarity, the ivy honey. It is a creamy, white, dense honey that cristallized very quicly, so he must be very fast working every day at the laboratory to put immediatly the honey in the jars. After ivy blooming the season of honey prodution has finished and Walter manages the bees and prepares them to face up to winter.

So from November bees take a rest and it’s time for holidays for the beekeeper. Let’s meet again next spring!

Me too I have been fashinated by the bees and I am managing three hives at borgo4case with Walter’s supervision. If you can’t wait to taste our honey bring your children to see hives we will give you a taste of honey directly from the hive!