Cycling in Versilia is a combination that has always lasted and involves professionals or simple enthusiasts through paths of varying difficulty. The bicycle is a subject that is passionate and that is reflected in the events of national and international importance that take place here in Versilia; just think about how often the Giro d’Italia has made you stop, or at the Grand Prix Città di Camaiore, the Gran Fondo Della Versilia and the Tirreno Adriatico, or the time trial race starting from Forte dei Marmi.

One of the advantages for those who decide to discover Versilia by bike is that there is a wide choice of routes and levels of difficulty, so that both the amateur cyclist and those who train as a professional will find what he does for him, including suitable routes cyclists and mountain bikers. 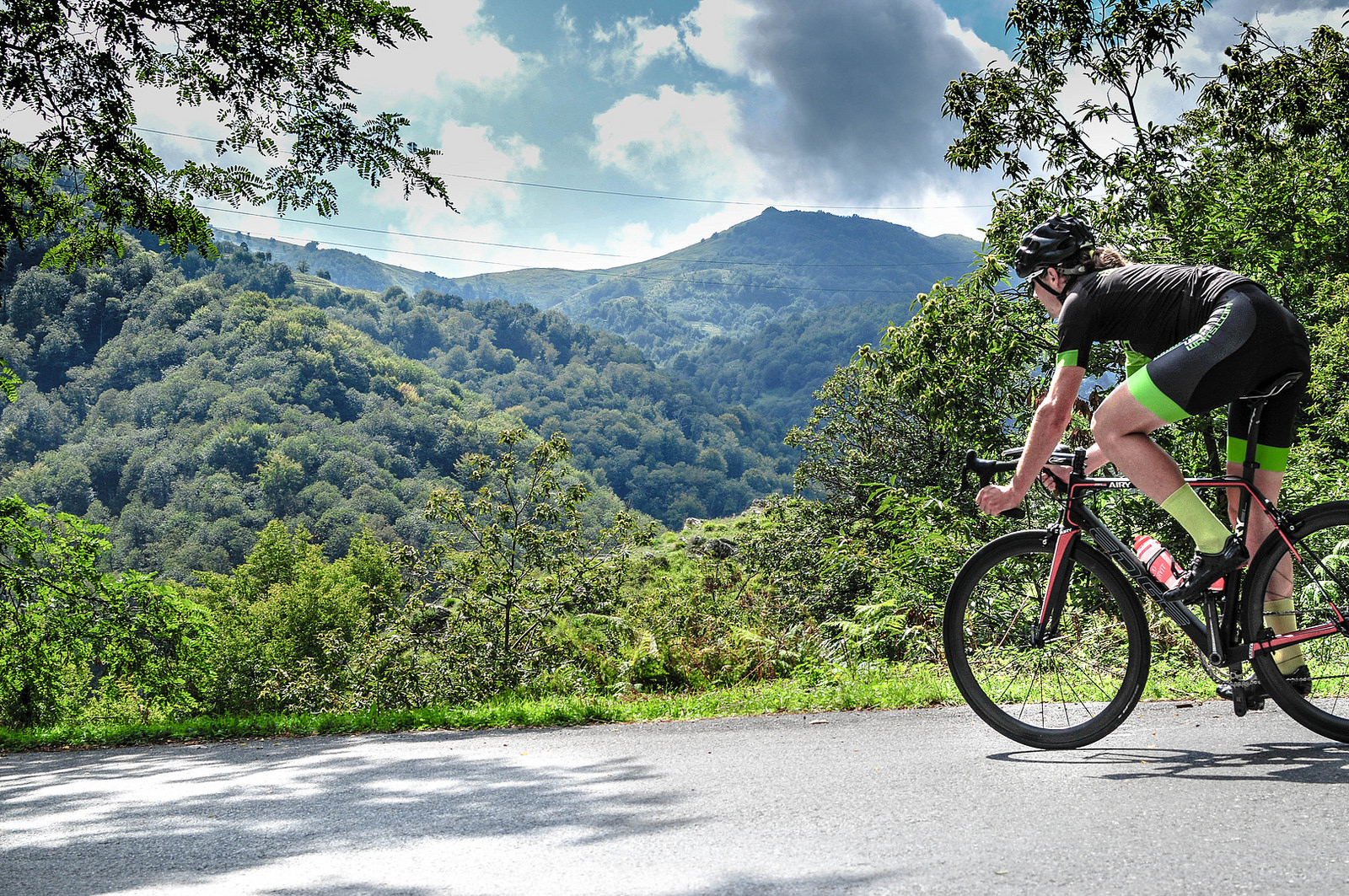 The merit of this variety goes to the conformation of the territory: it goes from the cycle paths that line the sea from Forte dei Marmi to Torre del Lago suitable for everyone, to the steep climbs of the Apuan Alps up to 1947 m of Monte Pisanino. Even those who choose mountain biking have the widest choice of routes between hills and mountains, not to mention the new trend of the e-bike that is taking more and more foot and which we have already told you in this post “Gita in e-bike al lago”.

Below we suggest three beautiful cycling routes in Versilia starting from Borgo4case, one easy, one intermediate and one hard. Good ride! 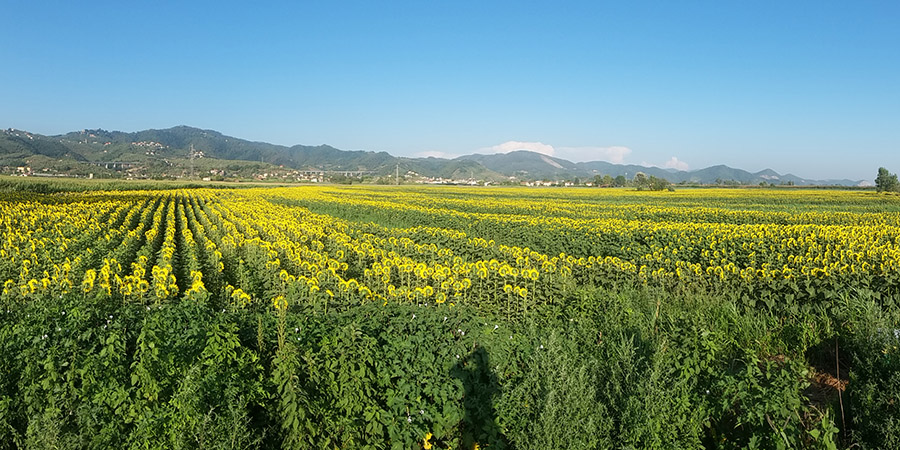 Tour: Viareggio – Montramito –Massarosa – Quiesa – Massaciuccoli – Traversagna – Aurelia – Torre del Lago –Viareggio
Km: 36
Maximum altitude: 23 m
Description: This is one of the classic routes in the area; for convenience the departure has been established in Viareggio but you can also start from Borgo4case and rejoin via the Via Sarzanese in Montramito. It is a path in part on roads with little traffic, very suggestive when it runs along the lake of Massaciuccoli and enchanting during the flowering period of the sunflowers. If you want to make this tour longer, you can add the ascent of Balbano, Nozzano, Nodica and an extra piece of Via Aurelia.
Link: Giro del lago accorciato
Link: Giro del giro completo 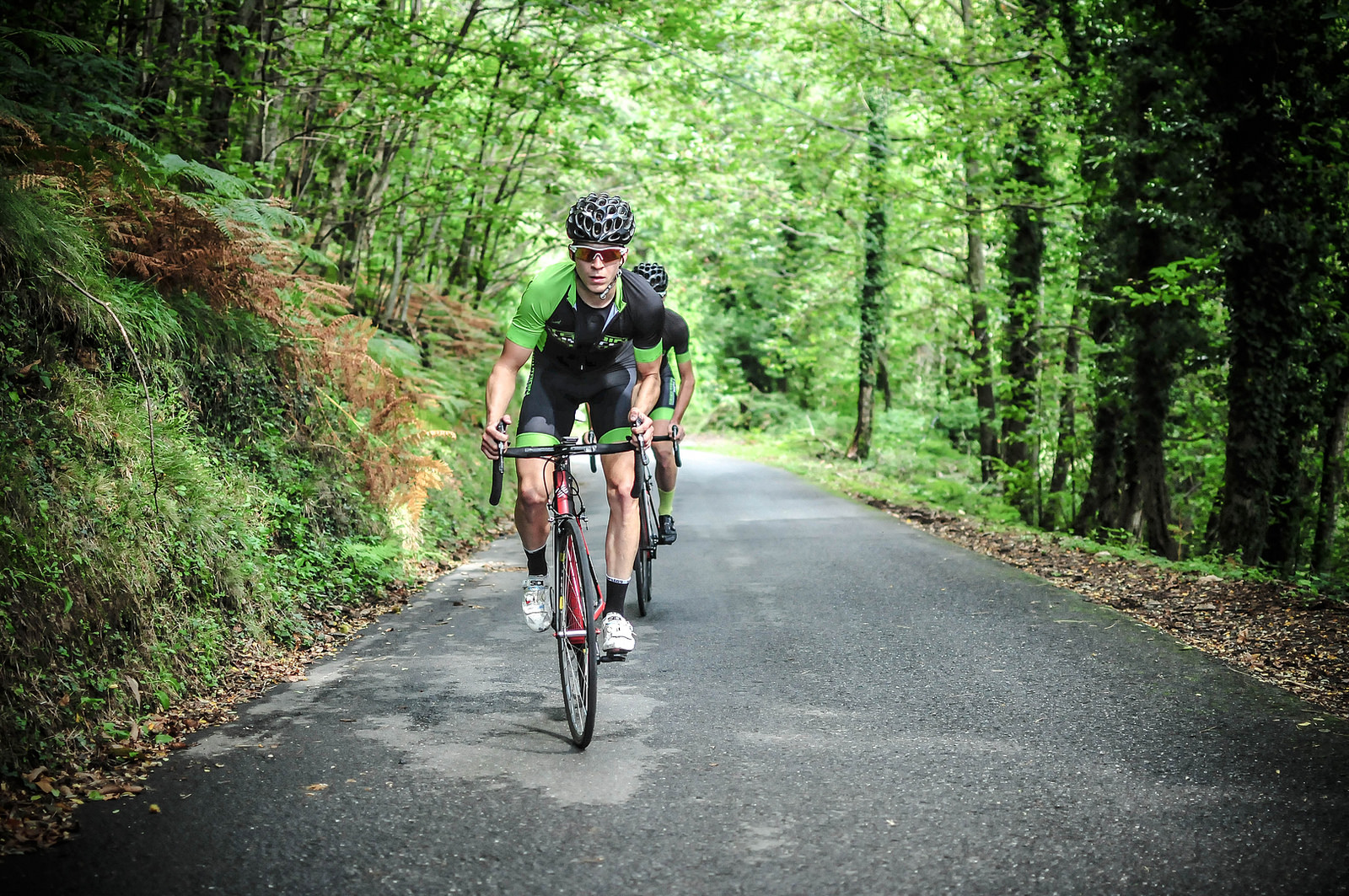 Tour: Viareggio – Montramito – Stiava – Bargecchia – Montemagno – Valpromaro – Piazzano – Fibbialla – Montigiano – Pieve a Elici – Massarosa – Montramito – Viareggio
Km: 42
Maximum altitude: 422 m
Description: This tour, designed for mountain biking, passes from various towns in the Versilia hills and runs along the Via Francigena in the stretch that goes from Valpromaro to San Macario in Piano. Also this starts from Viareggio, but nothing forbids leaving from Borgo4case and reconnecting to Montemagno. This route is more challenging because the slope makes itself felt in Montemagno. The road in some parts is very spacious, in others it must be shared with regular daily traffic. Much of the road is shaded by leafy trees.
Link: Valpromaro, Piazzano, Fibbialla 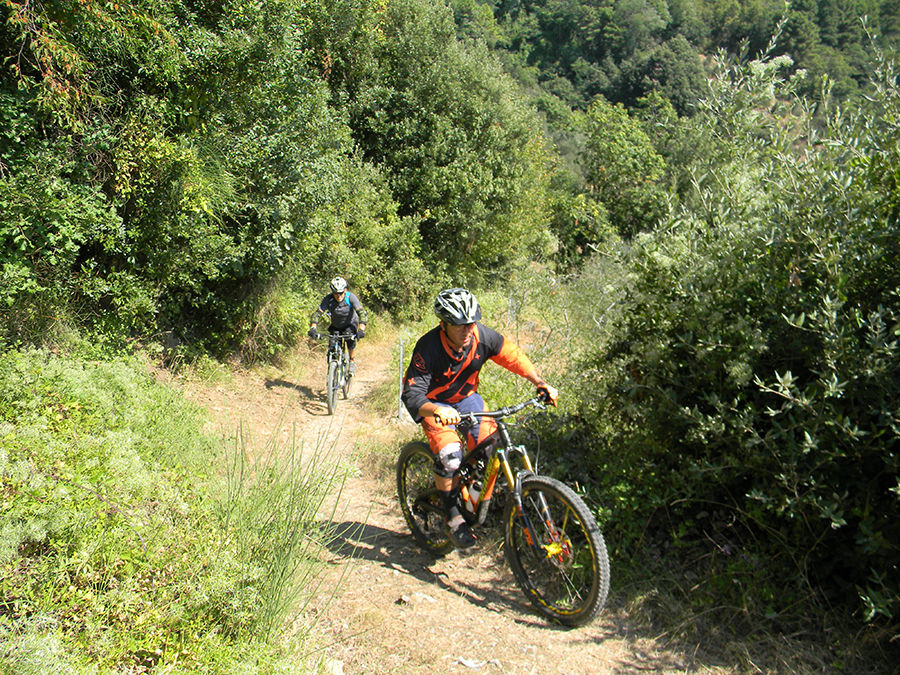 Tour: Camaiore – Metato – Torcigliano – Fibbiano – Loppeglia – San Concordio di Moriano – Lucca – San Macario in Piano – Fibbialla – Montigiano – Pedona – Camaiore
Km: 72
Maximum altitude: 618
High: 2090 m
Description: It is a challenging route for the length and the difference in height with continuous changes of slope, but you will be rewarded by beautiful landscapes in close contact with nature. The original tour starts from the parking lot to the north of Lucca near the bridge of Monte San Quirico but, since it is ring, nothing prevents it from starting from Camaiore or from the Pieve of Camaiore where Borgo4case is sited. The paths that go from the Lucese Pass to Camaiore are part of the Gran Fondo di Camaiore and pay attention to the 100m uphill mule track (which you can easily walk) before arriving on the Lucese road, the only ones not rideable.
Link: Lucca Camaiore