Since 2015 I followed the Transition Town movement in my country Camaiore. We also contribute to the film documentary  Stories of Transition and that gave me the desire to “live” the territory more closely: even financing on Internet a crowd funding to save a “metato” in Garfagnana where they still dry chestnuts as 100 Years ago.

I had in change some organic chestnut flour to cook the real Tuscan chestnut cake named “castagnaccio”. You can believe me when I’m saying that my father used to eat castagnaccio out of school in Milan in 1930s buying a slice for 5 cents from the man selling  castagnaccio “Gigi della gnaccia”, mythical character of historic Milan. All those seller in Milan were men arriving from Tuscany looking for a better way of life: how the time are changing!

My father  taught me the recipe and his passion for castagnaccio passed on to me. Today I prepare it conscientiously with its recipe “enriched” with pine nuts, raisins, orange peel and rosemary, but without the half of milk with which he used to replace the water to make it richer in flavor. In life he would have good-naturedly criticized me, but he will certainly forgive me from up there nowadays.

Today I taste it together with my daughter Gaia accompanying it with a glass of Obvius Red wine of Salcheto, an organic Sangiovese donated to us by some friends. 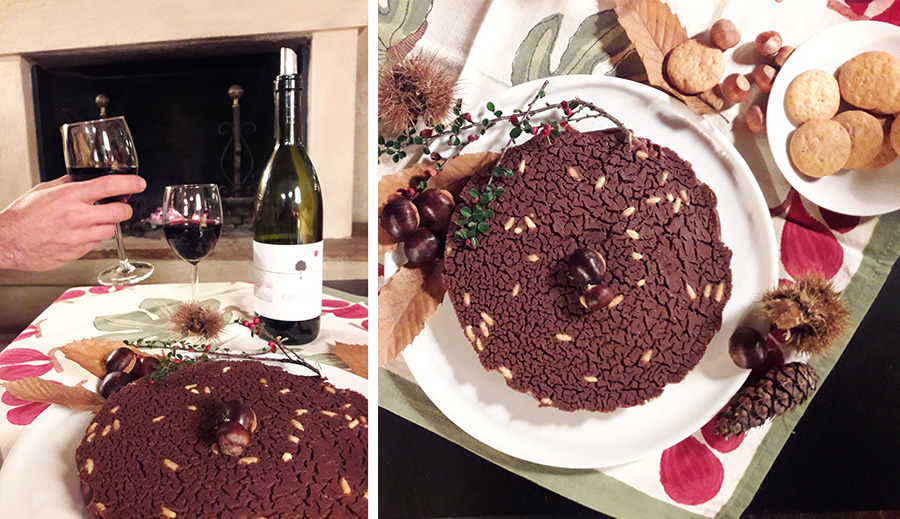 A sprig of rosemary

Raisins and walnuts at discretion

Wash the raisins and soak them. According to your taste, peel the rosemary sprig and chop the walnuts. Sift the flour to remove the lumps, add a pinch of salt and water a little at a time, stirring well until you get a homogeneous mixture. Add the pine nuts, the squeezed raisins and the walnuts.

Prepare the pan greased with the oil and pour the mixture and garnish adding more pine nuts, walnuts and raisins and rosemary. Add a little oil on the surface and bake in a preheated 200° oven for about 30 minutes.

Wait until it is cool before tasting it as a dessert, with sheep’s ricotta, or with chestnut honey and accompanied with a good Tuscan red wine. 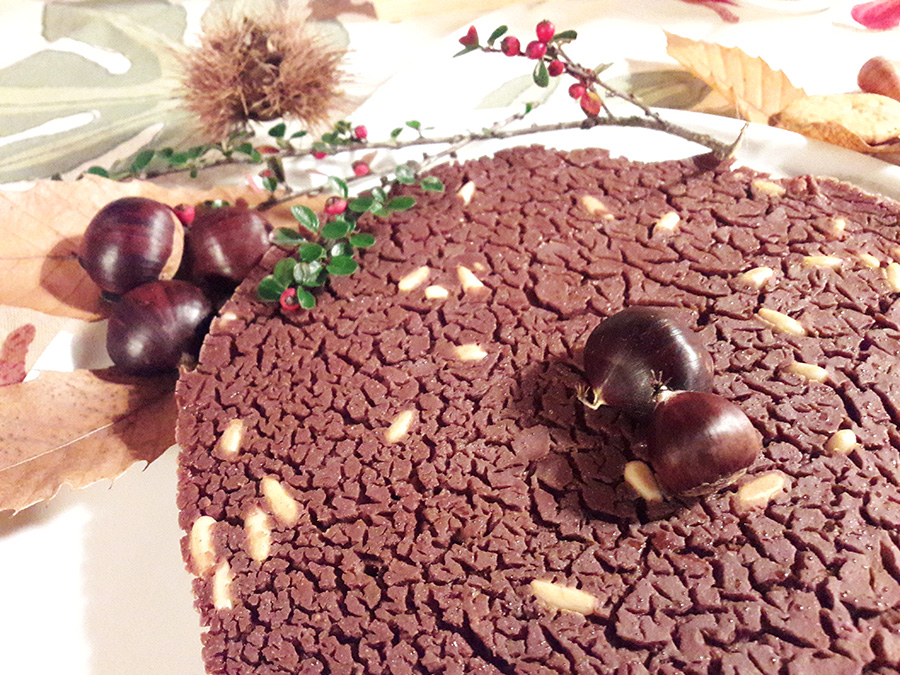