Necci with ricotta are chestnut tuscan pancakes with ricotta, a typical Tuscan autumn dessert from the traditional Garfagnana cuisine. Traditionally they are prepared on the fire of the fireplace, with the use of “testi”. The “testi” are two cast-iron plates that heat directly on the fire and on which the necci are cooked, which are a way of putting between crepes and pancakes.

The main ingredient of the necci is chestnut flour. I recommend you make sure you buy it fresh, at the many festivals and autumn events in Tuscany you can buy it directly from the producers. In Camaiore, for example, you can find it at the Fiera di Ognissanti, at the numerous Garfagnana banquets. 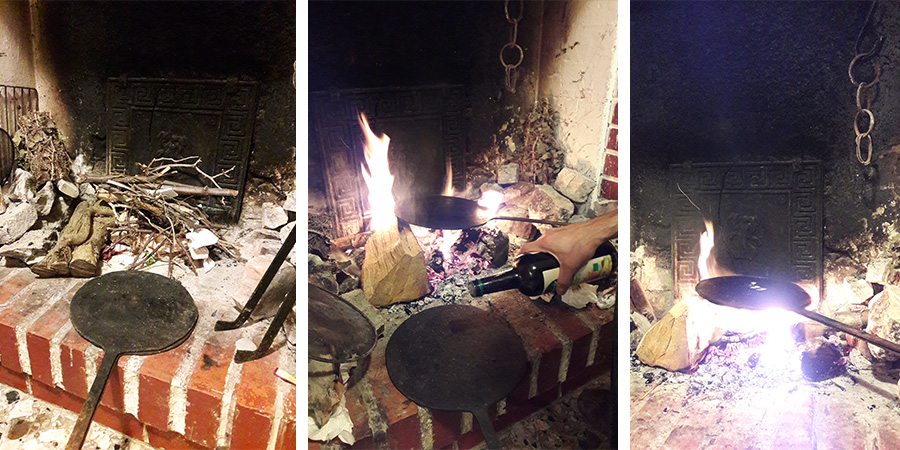 You must know that chestnut flour was originally obtained from the stone grinding of chestnuts dried in the metati. The metati are small stone buildings on two levels that you can find during walks in the chestnut woods, used for the drying of chestnuts. The drying process is very slow and occurs naturally: the leaves and casings of chestnuts preserved from the previous year are slowly burned, so that there is no flame but only smoke, at the lower level of the metato. On the upper floor, chestnuts are placed on the wooden floor, through which smoke and heat pass through.

In some places this tradition is being recovered thanks to the commitment of enthusiasts who fight to avoid the loss of local knowledge such as Seravezza i Bioeroi. 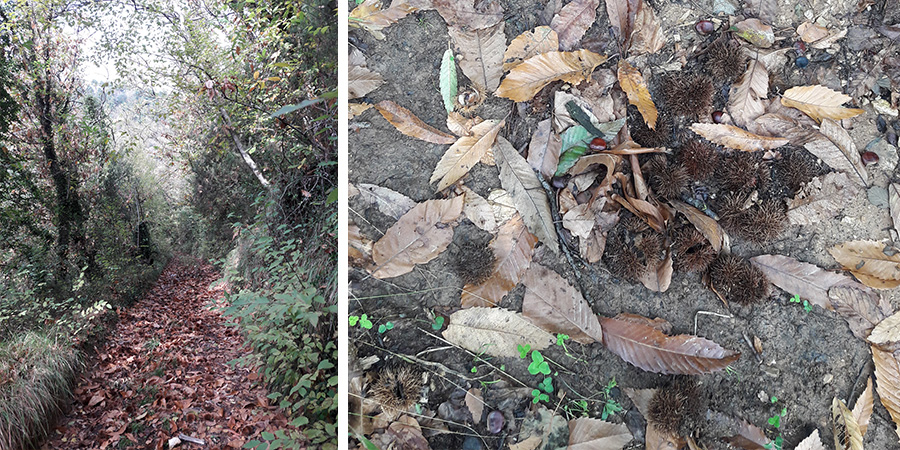 At the autumn festivals of Versilia and Garfagnana you will find the necci at the banquets, prepared hot on the spot and served as a sweet streed food.

The classic filling of these chestnut flour fritters is ricotta, but the recipe varies according to taste. I suggest you try them with a cream of cocoa and coconut flakes, or in addition to the ricotta of chestnut honey, orange marmalade, chocolate chips or pine nuts.

Needed: Cast iron or alternatively non-stick frying pan or pan for crepes. A potato cut in half and a fork to pierce it. 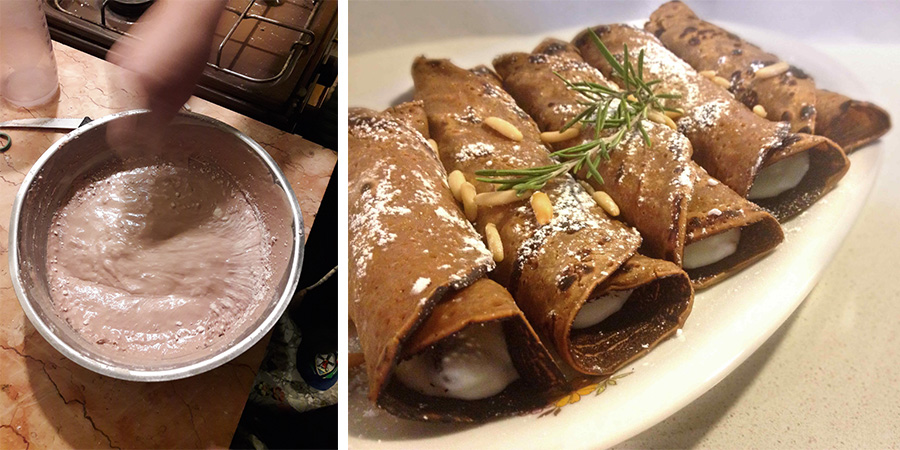 How to prepare the necci of Garfagnana

Sift the chestnut flour in a bowl, add a pinch of salt. The water must be added little by little until a homogeneous mixture is obtained, without lumps, but not too much liquid. The density of the dough depends on the type of cooking, with the “testi” or in the pan. If you use the “testi” it is better that the dough remains dense and creamy to prevent it from leaking out of the text. If you use a normal home-made pan or a crepe pan, then you can use a more liquid batter.

Cooking necci in a pan

Grease a pan with a little oil well, put it on the stove to heat well. When the oil is hot add a ladle of dough and with a quick wrist movement spread the mixture into the pan. Let cook on one side and then make it jump like a crepes.

Cooking of the necci on the “testi”

Even if you do not have the lyrics, I’ll tell you how the necci cooking procedure is with the traditional “testi”.

The “testi” go well warm directly on the flame, which can be the fire of the fireplace or the flame of the stove. According to me, the neccio takes a good smell of wood on the fireplace, the stove is certainly faster but less poetic.

Once hot, a half-baked potato is used to spread the oil over the text so that it is evenly greased. From what they told me we use the potato because it releases the starch and helps to get better cooking. Once greased add a ladle of dough into a text, quickly overlap the other and press well together so that the dough is spread on the surface becoming almost thin as a crepes. Cook on both sides for a few minutes, check the cooking from time to time and then still hot and serve them with ricotta and honey.