Life change, from Milan to Tuscany

All stories are transition stories. Whether we like it or not, life is a path and the crossroads we meet along the way mark our life. The one you are starting to read is my transition story, a one-way trip from Milan to Versilia. It was not as linear as it seems: I will tell you how it all started and what has changed.

The breathtaking view of Versilia from the Rocca of Pietrasanta.

The link with Versilia has distant roots, since more than thirty years ago my parents decided to buy a house in the countryside at the Pieve di Camaiore. They often came here to spend their free time away from Milan, the city where they had always lived and worked.

Me too, I was born and educated in Milan, even though I should have been born in Versilia. Tuscany is where I spent all my summer holidays: once the school was over, we used to leave and spend the summer in the countryside, often reached by friends from Milan. 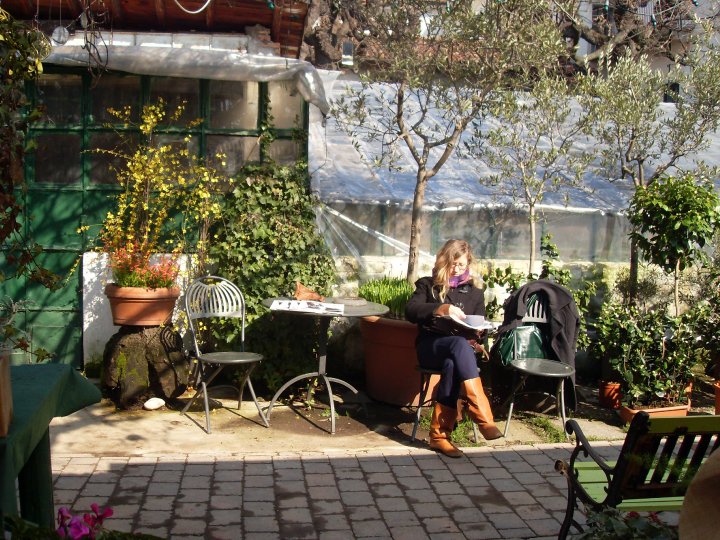 It’s me in a small nursery in Milan looking for green.

I have no doubt that in my being there is the imprinting of this place. My link with Versilia was so strong to impeach my parents when forecasting of selling the house at the Pieve di Camaiore. Fortunately, they changed their mind, because I have always felt that there is a strong energy that binds me to this place. I knew that sooner or later this ”Borgo4case” would become more than the place where I spent the holidays, not knowing when this dream would have been realized.

While choosing the University to take a degree in Ornamental Green and Landscape Protection, I decided to stay for more than three years in Imola, University of Bologna detachment. There I kept in close contact with the world of agriculture that I did not know so well before and the country house in Camaiore became the laboratory for my agricultural experiments.

The choice of the master was a true fork: go to the famous course in Venice for which I had brilliantly passed the selections or enrol in Empoli to get closer to home and enjoy all the benefits of life in the country? It is here that I understood how strong my relationship with Versilia was and it has been the moment when I moved permanently to live in Camaiore.

Before me, my mother already had moved to Versilia. She was tired of living in Milan and had given up work to start living in this paradise every day. Getting away from the city with all the stress it causes and glimpsing an economic opportunity in Versilia has been the spark which has triggered something inside of her. As a result, I also came to Camaiore after my Bolognese parenthesis.

Yet in Milan we had the signs of a closer contact with nature and the need for greenery around: our balcony was a kind of jungle in the middle of gray and the place where we experimented with our first crops even in a small space. The weariness of living in the city overcame the endless opportunities that a cosmopolitan city could offer. But anyway you need courage to make a choice like this: in Milan there was all of our family, friends, all services, the vitality and the ferment of a place open to the world.

Over time I appreciate our choice and this little country really fascinated me more and more. Now I wake up in the morning and look at the view with the hills, the birds, our rooster in the garden, breathe deeply the air that does not know smog: I see the changing seasons and all this makes me feel good. I love life in the open air and all the environments that Versilia offers, not only the sea but the mountains to be lived, the rivers to wade, the countryside to be known and cultivated.

Sometimes the provincial dimension and the absence of the excitement of the city makes me missing Milan but I’m appreciating the picturesque and fun country life and I make up for this lack with travellers who pass by here – both with couchsurfing and guests at Borgo4case -: everyone brings a piece of his world here and shares it to create an interesting exchange. Over time we are making stronger the values in which we believe and are approaching travellers who resemble us and who share our choices. Here it is possible to live in a more human dimension.

Me in the vegetable garden 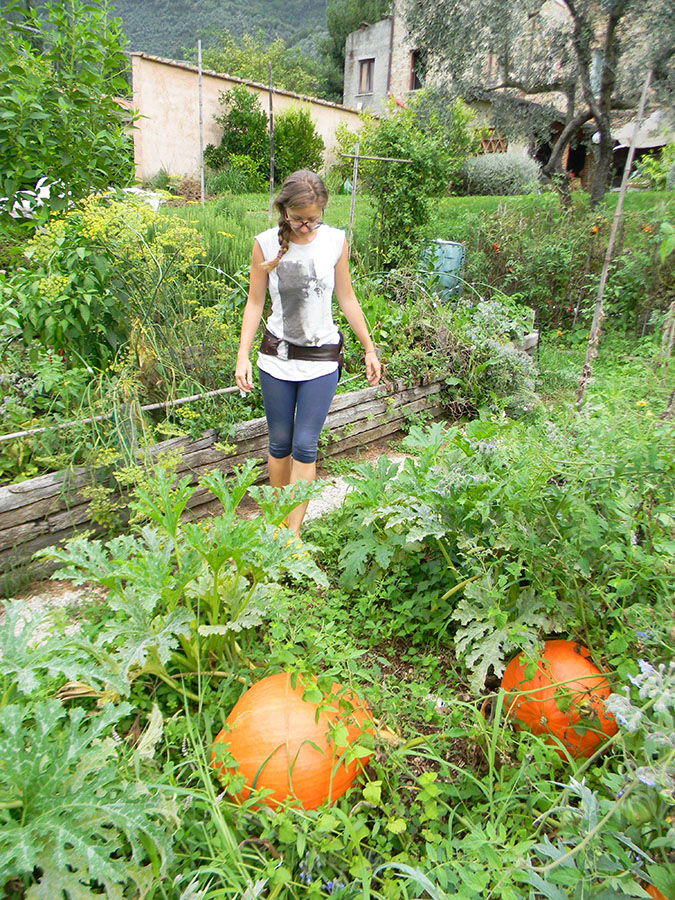 Since I do not like being still, the next step will be to apply everything I have learned to the permaculture seminar and push more and more on self-production to turn it into reality what has hitherto been hobby and experimentation. This is my life story and one-way trip: should you like to tell me your story?